The Fringaverse: It’s All Connected. 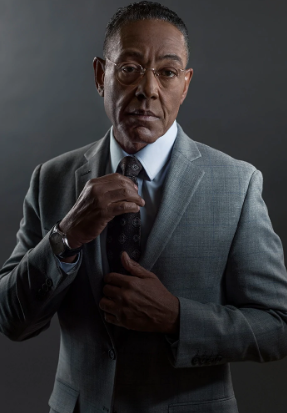 Giancarlo Esposito’s portrayal of Gus Fring from the hit TV show Breaking Bad is truly one of the many elements that make Vince Gilligan’s work one of the greatest TV shows of all time. The way Giancarlo speaks and conducts himself is truly befitting of the psychopath that Gustavo Fring is. Giancarlo played this role so well that it set a typecast for the rest of his career, as before Breaking Bad, he typically played roles like Julian in School Daze. But afterward, he consistently plays CEO-type characters like Stan Edgar, which got me thinking, since every one of his roles is so similar, what if they were all the same person? I present to you, the Fringaverse timeline.

Of course, where is there to start but the beginning. Gus Fring gets his boyfriend killed in Mexico by Don Hector, swears revenge on him, and eventually gets killed by Don Hector in a murder-suicide planned by Babytron’s uncle Walter White. However, when he’s “killed” it’s important to note that despite half of his body being gone, he still remains functional for a couple of seconds. This is obviously impossible for a regular human being, so how could he do it?

The answer to this question is simple and is the most important part of this theory. Remember when he drank that poisoned tequila at Don Eladio’s house? Despite throwing the poison up as soon as he drank it, he still suffered the effects of the poison.

The poison was so effective that he had to immediately be wheeled to a makeshift hospital. Vince would like you to believe that Gus just got lucky and survived, but poison that lethal would have surely killed an average person. So why didn’t it? Simple, because the doctors injected Gus with Compound V. This allowed Gus to not only survive the poison but later survive the bomb strapped to Hector’s wheelchair, although barely. After his “death” in the face-off, he realized going back to life as the friendly chicken man would no longer be possible, so he escaped to New York to start his new life as Stan Edgar, Vought CEO.

Although Gus survived the blast, it caused the right side of his face to constantly be in pain, which was why he was so intent on changing Vought from a superhero company into a pharmaceutical company, so he could find a drug to cure him of his pain. But he never did, and due to Compound V, he realized that he ironically shared the same superpowers as the Nazi Stormfront, which was near-immortality. This was going to be a problem though because if the public found out about his immortality, they could also find out about him being Gus Fring and surviving the nursing home bombing. Luckily, Gus also shared the same superpower as the Doppelganger from Season One of The Boys. So he changed his appearance when he left Vought. However, the right side of his face was still in pain, so he replaced it with cybernetics, which is why he has three right eyes in Cyberpunk 2077: Edgerunners.

Any offensive, obscene, rude, threatening or distasteful comments will not be tolerated and will be promptly removed
All The Ωmega Picks Reader Picks Sort: Newest