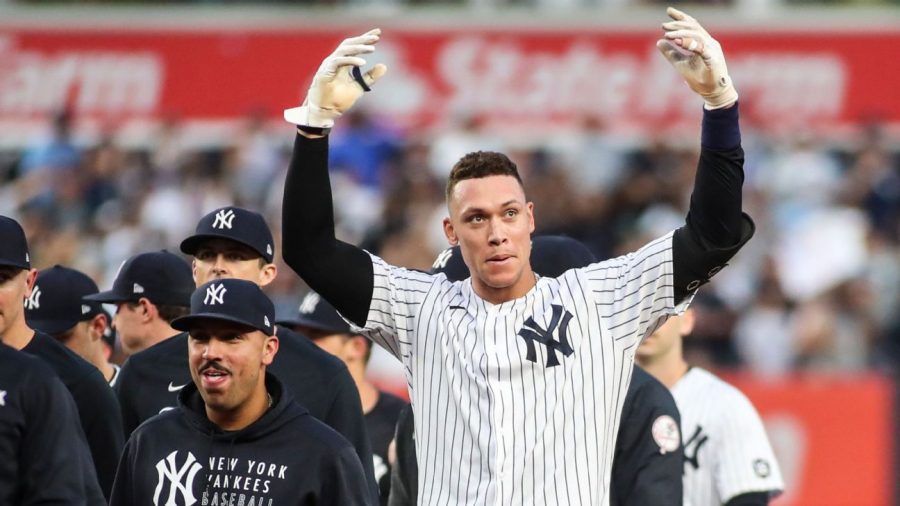 It’s that time of year again. Baseball’s playoffs are here and they’ve never been more exciting. The 2021 MLB season was one of the most entertaining in the league’s history, capped off by a dramatic divisional/wild card race on the last day of the season. Lots of teams no one expected to be here are right in the thick of the pennant chase, creating an underdog atmosphere surrounding the league and its fans. Like always, Major League Baseball’s postseason is kicked off with the American League and National League Wild Card games. Let’s take a look at the matchups:

What better way to start off the playoffs than by having the biggest rivalry in all of sports as the first game? Both teams finished the season with the same record (92-70), and both clinched their wild card spot on the last day of the year. In head-to-head matchups, both teams were almost even. The first half of the season was all Boston, as they were able to sweep the Yankees at Yankee Stadium and Fenway Park, and then take two out of three in the Bronx. In their first matchup after the All-Star break, the Red Sox took three out of four at home. From that point on, though, the Yankees took center stage. They swept Boston at Yankee Stadium, and then swept them again at Fenway.

New York will turn to their ace Gerrit Cole. He finished the season 16-8, with an ERA of 3.23 in 181.1 innings pitched, striking out 243 batters. Boston will most likely give the ball to their ace, Chris Sale. Despite missing most of the season after recovering from Tommy John Surgery, Sale has come back strong. He finished the year 5-1, posting a 3.16 ERA. The pitching on both sides will dominate. The real question is: what team will get the big hit, and who will it be? For the Yankees, will it be Aaron Judge? Giancarlo Stanton? DJ LeMahieu? For the Red Sox, will it be Xander Bogaerts? Rafael Devers? JD Martinez? I guess we’ll find out Tuesday. The winner of this game will play the defending American League Champions, the Tampa Bay Rays. The Rays are one of the cheapest teams in the league, but they have some of the best all-around talents. Wander Franco, the 20-year-old rookie phenom, has been called up and has played in accordance with the expectations fans have for him. Randy Arozarena looks to continue to dominate in October, coming off of his historic run last year.

The defending champs did their job and won 106 games this season. Mookie Betts, Max Muncy, Corey Seager, Will Smith, and Justin Turner had great years at the plate, while Walker Buehler, Clayton Kershaw, and Julio Urias dominated on the mound as usual. However, the most valuable players on the Dodgers did not show up until after the trade deadline. Future Hall of Fame pitcher and Cy Young candidate Max Scherzer was acquired from the Washington Nationals, and his teammate, All-Star infielder Trea Turner, came along for the ride. With the Dodgers, Scherzer had a 1.98 ERA in 11 starts, going 7-0. Trea Turner hit .338 with 10 home runs since arriving in Los Angeles, complemented by 11 stolen bases. He would also go on to win the Major League batting title with a .328 average. Despite all this, the Dodgers finished in second place.

Why? Because their divisional rival, the San Francisco Giants, won 107 games. It seemed every time the Dodgers won, so did the Giants, allowing them to gain zero ground. No one expected the Giants to finish with the best record in baseball back in March, as experts predicted they had a 7% chance of making it to October. Buster Posey, Evan Longoria, and Brandon Crawford all had career years for San Francisco, doing so in their age 35/34 season. In order to play San Francisco, Los Angeles will have to get past the St. Louis Cardinals. St. Louis went 23-9 in their last 32 games, including a 17 game winning streak within that stretch. Elite players such as Nolan Arenado and Paul Goldschmidt are some of the most intimidating within the lineup, and the seasoned battery of Adam Wainwright and Yadier Molina know what it takes to win a championship. These two have been Cardinals teammates since 2005, winning the World Series together a year later and again in 2011. Because of this one game format, anything can happen. Therefore, you should not count out the Cardinals!