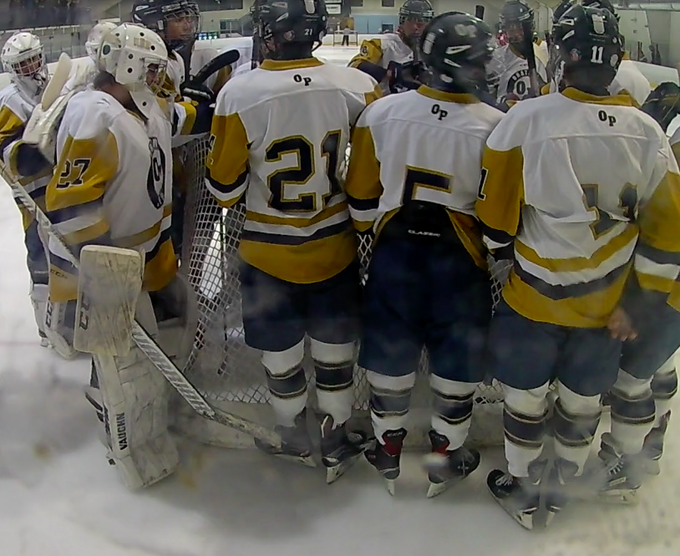 Just as the OP Puck season began months ago, it has come to an end. The regular season for OP concluded on February 24 with a W over Cranford. The Rams topped the Cougars 4-1 and finished the season with a positive record. The Rams put their loss to GL in the rear-view mirror before facing Cranford on Wednesday 2/24. Senior Will Moran logged a hat trick to go along with a goal from fellow 4th year Michael Crapser. Overall, OP had a great season. They accomplished many things and enjoyed the season. OP went 5-2-1 placing second in the Kelly division.

Onto the playoffs! The Rams take on ALJ Sunday2/28 *(time TBD). OP is the heavy favorite over Johnson who only logged one win this season and lost to OP 11-1 earlier in their campaign. Go Rams!