Music To Be Murdered By: Eminem’s Best Project in Years 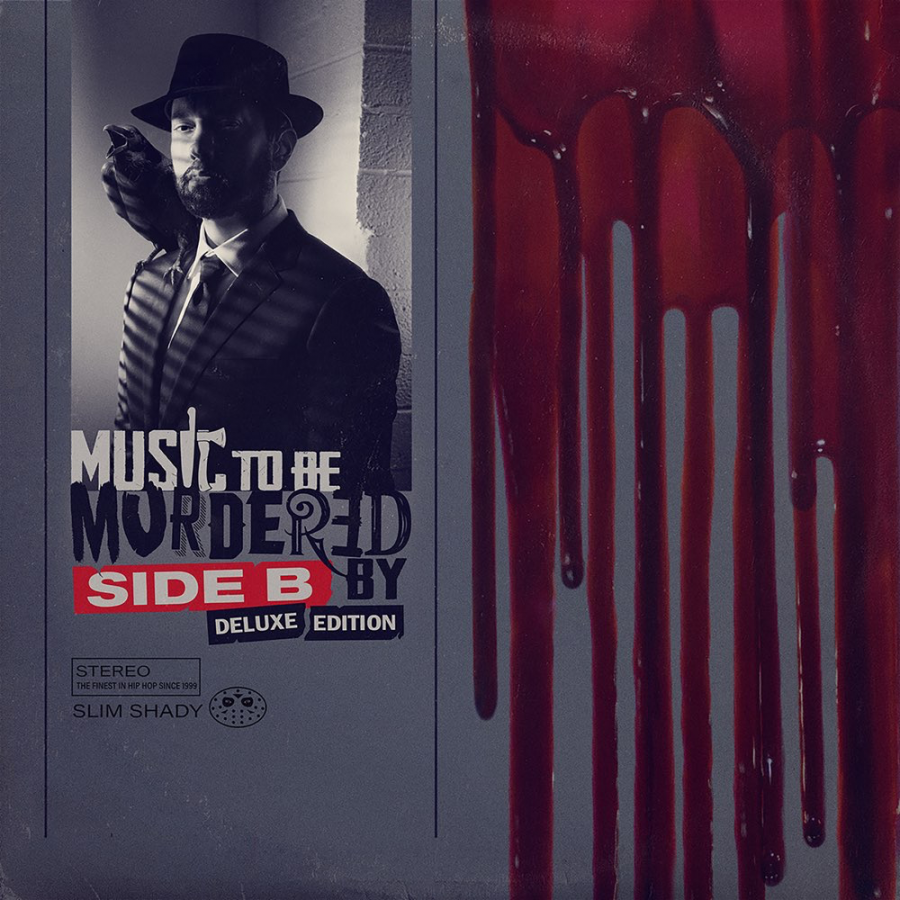 Eminem’s been a controversial figure for as long as many can remember, and he is no different from his latest full body of work, Music to be Murdered By. Mtbmb was released on January 20, 2020, with the B-side of the project being released on December 18, 2020. Released as a surprise, no one knew what to expect in this album, and thankfully, it’s not another diss on everyone who hated his last album. For the first time in years, Eminem doesn’t sound hungry, upset, or even mad, but he just sounds like he’s having fun. It looks like he realized that no one’s going to like him like they used to, and it really reflected in the music this time. Mtbmb is filled with corny pop culture references and stupid lines, but this time around I found myself laughing at most of them, because you can tell he’s clearly just doing this for fun, and not caring about public opinion. Admittedly, while not all tracks are great, or even good, the highlights are his best in years. On side A, Eminem comes in strong with the beginning 3 track run, basically just reminding everyone he still has it in him and can rap in his sleep. He throws disses at Machine Gun Kelly, Snoop Dogg, Diddy, and anyone who’s ever been relevant. After the first three-track run, the album falls off a little, with the production you can easily tell is by Eminem himself, on songs like “Those Kinda Nights”, and “In Too Deep” where I’m pretty sure he is rapping about something, I just don’t care about what. An immediate highlight, from production to lyricism is “Darkness” a rare example of a new-age Eminem conscious song, revolving around the New Orleans shooting and was considered to be his best song in a while. After Side A concluded, I was satisfied hearing Eminem have fun again, and I really didn’t need another album from him for a while.

Eminem released the B-side to the album last Friday, December 18, and it is genuinely my favorite Eminem project in a while. Side A was a fun listen, but really didn’t win me over, but this new side to the album was a complete return to form for Eminem. Side B starts with the generic pop-rap song, including frequent collaborator, Skylar Grey (someone who Eminem’s tried to push into the limelight for years, but it’s not easy to make a bad artist blow up), and it was average; however, it’s grown on me. The major highlights of this album begin at the second song, “Alfred’s Theme” which is current Eminem at his PEAK. Eminem, over a ridiculous beat (self-produced!!), raps for 5 minutes, and this is a prime example of him having fun. Littered with corny lines and light-hearted jabs, Eminem is in his element in this song and it shows a lot. The next song, “Tone Deaf” is in a similar vein to “Alfred’s Theme”, but with a worse beat, however super enjoyable. Book of Rhymes follows in the tracklist, and it’s a very rare glimpse of Eminem sounding hungry again, spazzing over a crazy instrumental by Primo, giving old fans exactly what they wanted. This chain of good songs continues for about 5 tracks, and then the album just stays relatively consistent, until the last song, “Discombobulated”. Any Eminem fan would tell you this is his legitimate best song in YEARS. This is a classic Eminem song, with Dr. Dre production, incredible wordplay, and a really catchy chorus. It’s a perfect way to end off his best album in a while, and it’s such a relief for Eminem fans, old and new.