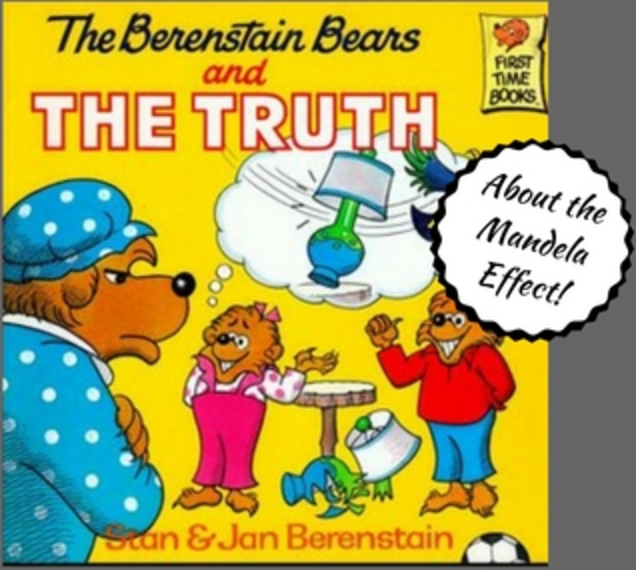 It’s conspiracy week here at the Oratory Prep Omega and each staff member has taken it upon themselves to educate the public on a different conspiracy.

Have you ever heard of The Mandela Effect?  Many psychologists define it as remembering or envisioning an event in a different way than what happened in reality. Some believe that it is the result of a parallel universe entering reality, or a failure of the memory in a specific part of the brain.  Whatever the reason, there are many examples of this phenomena that have sprouted up over the years.

The origins of The Mandela Effect can be traced to 2010.  Fiona Broome, a noted blogger, was at the Dragoncon Convention in Atlanta when she realized that she and many others believed that Nelson Mandela died in prison in the 1980s.  Remember, Mandela actually died in 2013.  She even remembered news coverage of his funeral, people mourning, rioting, and an emotional speech from his widow. To continue to document these odd memories, Broome started her own website, cleverly named, MandelaEffect.com.  Her website has exploded, becoming the site of choice for other “victims” of this unusual phenomenon.

Buzzfeed.com has compiled a list of the top 20 most frequent examples of the Mandela Effect, some of which I shall now share with you. Buzzfeed reported that Mandela Effect believers say that Queen’s famous song We are the Champions actually ends with “No time for losers, ’cause we are the champions … of the world.” However, Queen’s actual version ends with, “No time for losers, ’cause we are the champions,” leaving out the iconic phrase that was present in all other verses  of the song.  The popular children’s book and cartoon “The Berenstain Bears” is believed to be spelled with an “ein” ending by Broome’s followers instead of the “ain” printed on books and TV — they literally believe that they see “ein” on the books.  Lastly, almost everyone, both Mandela Effect sufferers and not,  Darth Vader said, “Luke, I am your father.”  However, Vader actually said, “No, I am your father.”

All of these examples may seem inconsequential, but while we are in the era of fake news, can we at least remember movie quotes and song lyrics correctly!?
****Photo Credits to https://goo.gl/kqD3Nr****